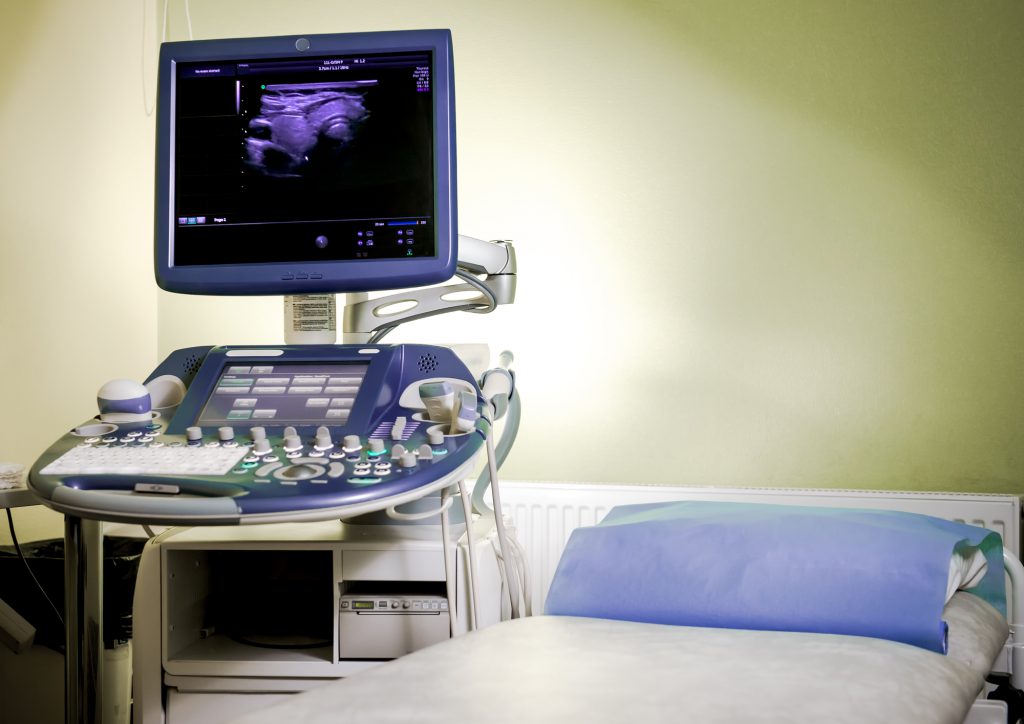 Ultrasound scans have been used in antenatal care for over forty years and there is no evidence to suggest that they are harmful to you or your baby. Most women whose pregnancy is progressing without complications will be offered a maximum of two to three scans in their pregnancy.

Most scans are performed by a sonographer, who is specially trained to use the ultrasound equipment, to take measurements of your baby and to check for major anomalies. Sonographers are not specialists in obstetrics or fetal medicine, so if something is found you will usually be referred to someone with specialist knowledge.

Below we describe the scans most commonly offered in the UK. Not all hospitals will offer all these scans. Your midwife or doctor will tell you which scans your unit offers.

It is your choice whether to have any scan. Most women are reassured by scans, but it is important to remember that an anomaly can be found at any scan.

This scan is performed in the early weeks to confirm the pregnancy. You might be offered a scan if you have had early bleeding or previous miscarriages.

If the scan is performed at seven weeks and the healthcare professional cannot see your baby’s heartbeat they may ask you to return two weeks later in case your pregnancy is not as far along as you think.

At a dating scan, the sonographer will check if there is more than one baby and take measurements. These measurements are used to give you an estimated date of delivery and to tell you how many weeks your baby is. This method of dating your pregnancy has been found to be more accurate than using your last menstrual period. However, a dating scan can never be 100% accurate.

Very occasionally the scan will show that a baby has a major anomaly. This will come as a shock and can be very distressing.

This measurement is then usually used along with a blood test and your age to calculate a statistical chance of your baby having Down’s syndrome, Edwards’ syndrome or Patau’s syndrome.

Even if you are not having screening for a syndrome, the sonographer will tell you if the NT measurement is 3.5mm or higher. A raised NT can sometimes be an indicator of a problem in the baby’s development. You will be offered an appointment with a consultant to discuss the possible implications. Although this can be worrying, it is important to remember that many babies whose NT measurement is higher than average are healthy.

Sometimes the sonographer is not able to get an accurate measurement of your baby’s NT because of your baby’s position or other factors. If this happens, you will be offered the quadruple blood test to screen for Down’s syndrome only. (You ill be screened for Edwards’ and Patau’s syndrome at your 20 week scan)

While rare, it is possible that the scan will find the baby has a major anomaly. This is often unexpected and can be very upsetting.

This is sometimes called the mid-pregnancy or 20-week scan. The sonographer will take measurements and check that your baby is developing as expected. The sonographer will look carefully at your baby from top to toe, checking things like the spine and major organs to rule out any major problems. They will usually be able to see what sex your baby is but not all hospitals give this information. You might want to ask before you have the scan if you want to know.

For most parents, it will be a pleasurable experience to see their baby moving about on screen. However, there is the small possibility that the sonographer will find an anomaly. This news most often comes as a shock and it can be very stressful waiting for a follow up scan to confirm the finding.

Occasionally, the sonographer will see something called a ‘variant’ on the scan. This is a feature picked up by the ultrasound equipment that is not harmful to your baby in itself but can sometimes indicate that there is a chromosomal or genetic condition. Depending on the type and number of variants, you might be offered an amniocentesis. Being told about such variants can make you anxious. You should be offered an appointment with a consultant to discuss the findings.

Some women may be offered scans from 24 weeks onward to check that the baby is growing as expected or to check the position of the placenta.

These are not offered as standard within the NHS. They are available privately and are often called “bonding” or “souvenir” scans. Please be aware that although such scans can provide memorable images, there is also the possibility of an anomaly being seen. We would not recommend that you choose to have this type of scan instead of a conventional ultrasound scan, as they are not felt to be as effective in providing medical information.